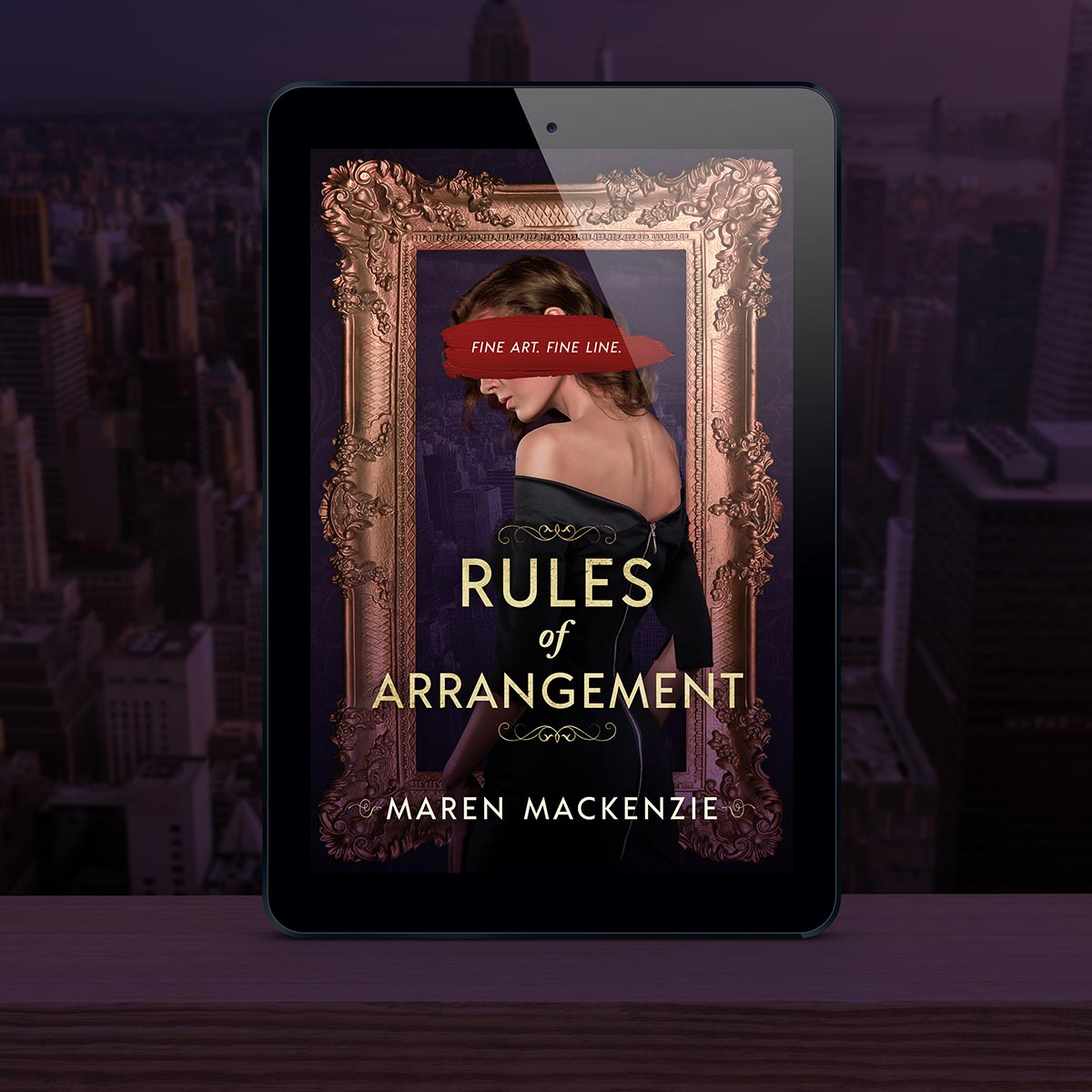 A ten-page paper on the Cold War? Three hundred dollars. Need it by tomorrow? Four hundred. Want an A? Five.

Cash-strapped college senior Adelaide Wright doesn’t give discounts—she can’t afford to. Writing papers for other students is an expulsion-worthy risk, but Adelaide thinks she might actually make it to graduation day—until Declan, her art history TA, threatens to reveal her secret.

Declan won’t turn her in to the university on one condition: she must recover his stolen paintings from a notoriously cutthroat art dealer.

Jack Nolan is older, wealthy, and exacting, a power player in a world where money, sex, and high art rule. Adelaide’s only way into his exclusive circle is through an arrangement that leaves her at Jack’s beck and call. But can she handle being his arm candy without revealing her true motives? And as the chemistry unexpectedly sparks between them, is it possible that Jack isn’t quite the villain Declan described?

As Adelaide’s relationship with Jack intensifies, so do Declan’s demands. Soon the only thing holding her in place is a delicate tangle of secrets and lies that threatens to unravel at any moment…

Listen to the Playlist

When did you start writing?

When I was a kid, my mom used to tell me stories in the car to keep me occupied while we drove to preschool. Some were retellings of books or movies, others she made up. Eventually that turned into me making up stories myself. I never consciously started writing–I’ve been writing for as long as I can remember! Storytelling is my absolute favorite thing to do.

My first book (and I use that term loosely) was about a group of teenagers who were all unknowingly enticed to a hotel via coded messages in a video game. There was a hurricane involved and a subplot about potted plants. It’s been lost to time, which is probably for the best.

Where do you your get ideas from?

Everywhere and anywhere! Very often an idea is really two (or ten) smaller ideas I’m molding together into one. Sometimes I have a lightning bolt moment (these always seem to happen in public, when I’m nowhere near a pen), and sometimes I just get curious about a subject, start to investigate, and find a story there.
Romances are just as much about personal transformation as they are about falling in love, and that’s why I enjoy writing them so much! Characters are never the same people at the end of a romance novel as they are in the beginning, and the work is figuring out how to get them there. Once you unlock that, you can focus on all the fun stuff (read: sexy stuff).

Your bio says you worked in publishing. What did you do?

I worked in the literary department of a talent agency, whose name I won’t repeat here. But if you’re imagining something between The Devil Wears Prada and Entourage, you wouldn’t be too far off base.

I’d recommend It for anyone that wants to learn more about the publishing industry or develop a tough skin.

What’s the story behind RULES OF ARRANGEMENT?

As most English majors probably experience in college, my friends very frequently asked for help on their papers— editing, proofreading, and anything in between. It became a running joke that I should start charging for it. There’s a story there, I thought.

At the same time, I was spending a lot of time studying in the Art History Library on campus (you can see the actual place here!) and something about being in that environment worked its way into my brain. Just like that, the story about a girl who wrote papers for money, also involved the art world.

The idea percolated with just those details for awhile, until one lazy weekend when I binge-watched the criminally underrated, one-season wonder, Gallery Girls on Bravo. Snobby art dealers running fancy galleries? It fit into the story like it always belonged.

From there, Rules of Arrangement (or, as I called it for most of its early life, “The Thanksgiving Book”) was born. Details and characters filled in as I went. One day, several years later, there was a rough draft of a book.

Where can I learn more about the artwork in Rules of Arrangement?

Sadly, none of the art or artists exist in real life. If you want to read more about the world of contemporary art, dealers, galleries, or auctions, I recommend picking up a copy of Boom: Mad Money, Mega Dealers, and the Rise of Contemporary Art by Michael Shnayerson or Seven Days in Art by Sarah Thornton.

If you want to learn more about art itself, a great place to start is by visiting local museums and galleries. If that’s not possible (or—let’s be serious—too intimidating), Instagram and YouTube can show you pictures and walkthroughs of galleries in almost any city in the world. Find something that speaks to you and go from there!

I’d be remiss if I didn’t also recommend watching Bravo’s Gallery Girls. You know, for the art.

What are you doing when you aren’t writing?

Spending time with my family, reading, shopping, giving recommendations (anyone who knows me will tell you I have a recommendation for just about anything!), and of course, going to the beach. I’m originally from New Jersey, so I spend a lot of time traveling back and forth. Whatever I’m doing, I am always on the hunt for a great dirty martini, a good book, or an epiphany. In that order.

What are you writing next?

Next up is a standalone romance that takes place in the world of competitive fencing. There’s tarot cards and Tuscany involved. It’s a whole mood.

Can I review an advanced copy?

I’d love that! Please email arcs@marenmackenzie.com with your request and relevant platform information.

Called in late to work to keep reading because I h

If my soul was a cocktail it’s this one

All the good comes in waves 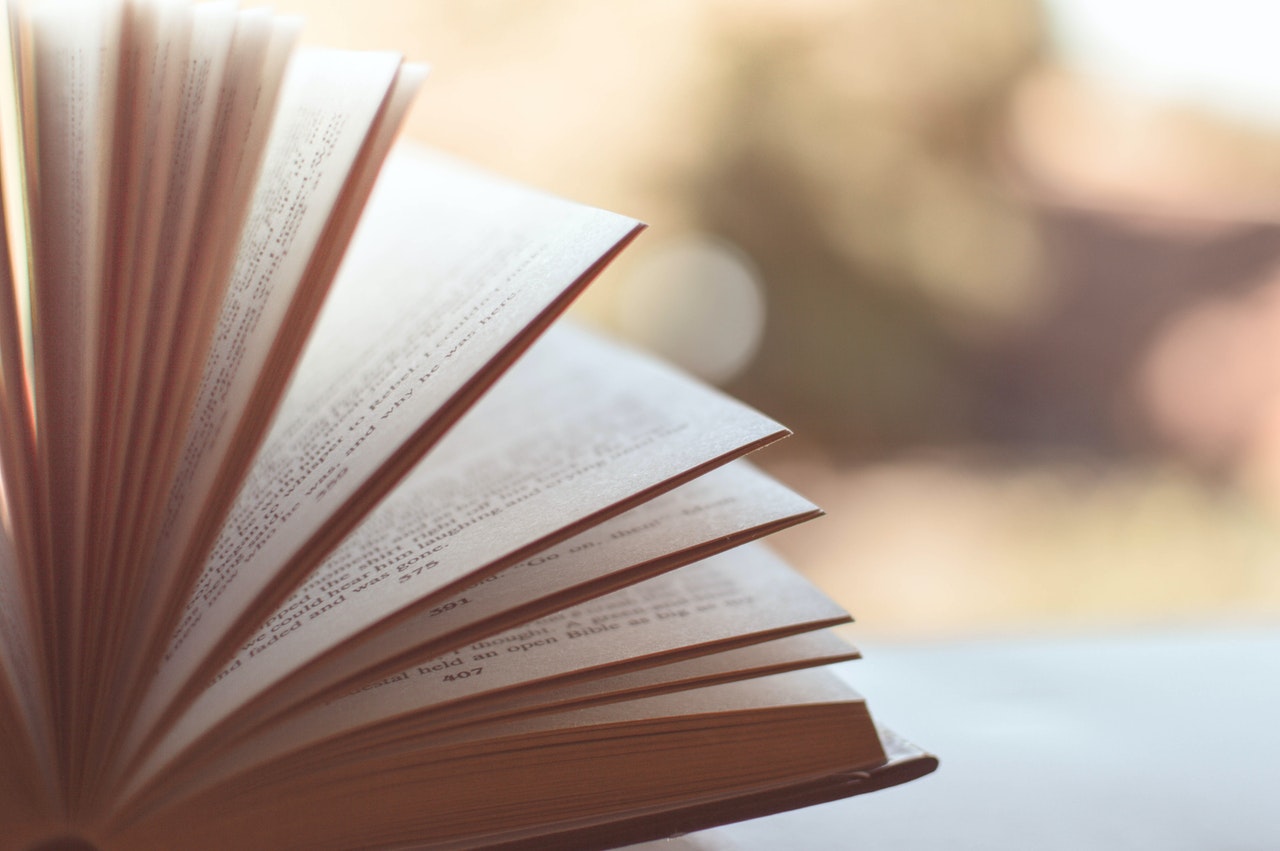 Stay up to date with Maren!